If there is one thing that I know from my years of trolling the internet is that within this ginormous community of continuous information, there is no such thing as too far and cruelty will commence! No ones feelings will be spared!

Even after the World Cup has closed it doors and awarded it’s trophy to the powerful country Germany, there is still one thing that the world  remembers . . . #BrazilvsGermany!!!!!!

Internet trolling was ever so true after Brazil suffered an utterly humiliating defeat by the cold hands of German in their semi-final playoff game in the World Cup. And my God, the internet had a field day with this.

So to save you guys sometime trolling the internet, I have found some “Best Hits” of mine that the internet had to offer.

NOTE: None of these images or creative ideas are mine, so I will give credit from where I found it and credit to my best extent. I don’t want y’all coming after me with a pitch fork demanding my blood.

From Odin’s B-Log, I found this nifty plea from the Simpsons characters begging for the pride of Brazil: 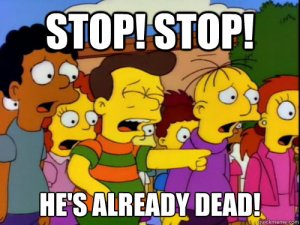 And for my friends who are also Avatar geeks like me (not that Blue Mans Group reject Avatar from James Cameron), Fokusas 😀 presents us a German Aang taking away Brazil’s Fire Lord’s ability to compete in the World Cup:

The Chive also complied a great shares of memes by John. There 14 great ones that includes a curse put on by Justin Beiber and Dodgeball references, but I think I’m just going to post this one that hits close to home. My heart still feels for the Denver Bronchos and their lost to the Sea hawks . . . I couldn’t watch ESPN for a whole month after the Super Bowl:

There a lot of good ones on there, so check em out!!!

BuzzFeed took it a step up with their compilation of before and after slideable memes! You can change the picture from when the Brazilians were happy and full of hope to when their spirits and souls were CRUSHED!

If that wasn’t enough sad Brazilians for you, check out this Tumblr which is dedicated to showing the world the sad faces of Brazil.

Yup, the internet sure did have a field day with this Brazil lost. Some also notable Facebook quotes I would like to mention (please don’t get mad at me because I did not make them up) are: “How many goals did Germany make against Brazil? A Brazillion!” and “I bet Brazil did nazi that coming.”

Yeah, I know that last one is in bad taste, but it’s the internet, it’s a place where it kicks ya down and then steps on your balls.

Till next time, troll hard.

Everyone has heard of the “First Kiss” video where 20 strangers together to kiss for the first time. Filmmaker Tatia Pilieva, born in the Republic of Georgia and received her MFA at the American Film Institute, was the one responsible for this internet craze. The film is in an artsy black and white, it’s beautiful, it shows an intimate moment between two strangers (straight, gay, lesbian) with some indie music in the back ground, yada yada yada!

Cool, feelings, I get it bro. But have you seen “The Slap?”

“The Slap” is one of the many videos inspired by “First Kiss” that has flooded YouTube.

Max Landis, an American screenwriter, originally created “The Slap” as a parody but it became something “much more interesting” as he explains in his follow up behind the scenes video “The Slap – Point of Impact.”

I actually saw “The Slap” before “First Kiss.” And I don’t regret it.

I didn’t need to watch a video about strangers kissing to ignite something mushy in me about intimacy. I have romantic comedies for that, along with the reminder of how I don’t have a girlfriend.

However, Landis “The Slap” had a different reaction in me.

From the moment the first palm smacked a cheek, I. Could. Not. Stop. Laughing!

There is something hilarious about watching a bunch of (attractive) strangers slap the sh*t out of each other. And the music that Landis choose for the video fits perfectly as its mellow-indie sound contrast the actions of the strangers. Oh man, pretty hipster girls slapping each other.

Within the first 14 seconds I just started laughing!

You can see how at first the strangers are awkwardly feeling each other out and the WHAM BAM THANK YOU MA’AM! After the awkward slap-a-duction, it’s just a full on slap-fest!

Look at these hipsters go as they just unwell a furry of face-hi-fives. There was no anger, it was just fun! These two girls even made a little back story to their slap-a-thon.

Also, you may even notice the “I see dead people” kid, Haley Joel Osment, in this bombardment of slaps, as well as other actors and actresses. The woman that is faced off with Osment cannot hold in her excitement as she realizes that shes about to slap one of her childhood icons.

Landis is right when he says that when you take violence out of slapping someone, it really is an intimate moment. (Kind of an anger bang.)

Think about all those times you randomly slapped your friend(s) from across the quad in high school. Or those times when your buddy was thinking of being a little b*tch and you had to slap him out of it. It’s funny! The Three Stooges and members of Jackass are a prime examples of this slapstick style of laughter.

So watch the video, then slap a buddy. Trust me, it’s going to be one hell of a time.

Also, don’t blame me if your friend kicks your a*s after you slap him.

Here are some random funny slap videos to keep your time till next time, peace. 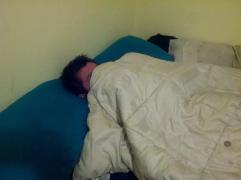 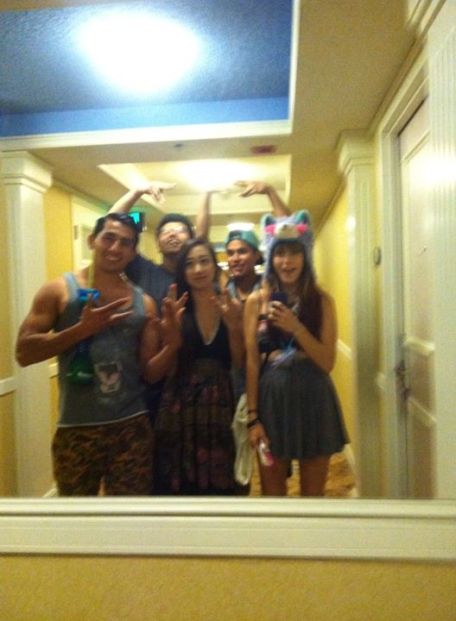 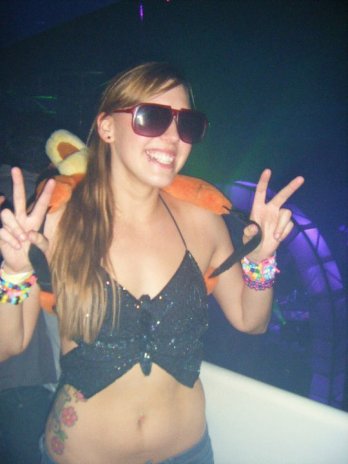 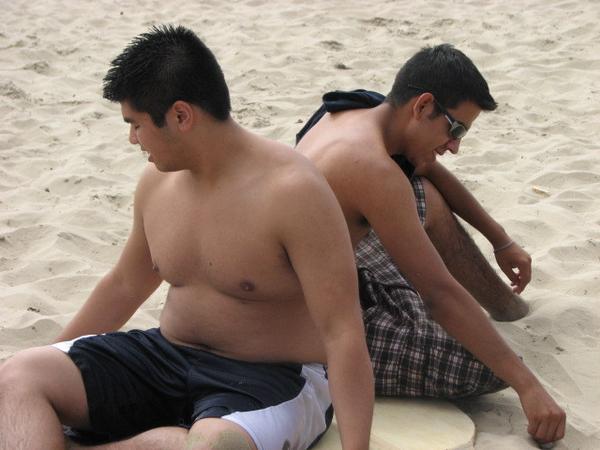