#FirstWorldProblems: Africa Assumptions by an Asian in America

Everyone has heard of #FirstWorldProblems, a hash tag that people in privileged nations use to complain about their . . . well, first world problems. But after watching a video (you can see down below) titled “First World Problems read by Third World People” by Water is Life, you start to feel like maybe using that hash tag is a little over the top.

So I, Sype, decided to ask my own ignorant American questions to my partner who is currently serving in the Peace Corps in South Africa. I tried to think of the most hyperbolic questions possible without seaming too racist (and stupid).

-And I, KokoKai, am happy to answer his questions because these are things that I even wondered about before moving my ass over to this side of the globe.

I cannot live without WiFi, WHERE IS THE WIFI!?!?!?

For being in the developing world, internet is surprisingly accessible here. Not a lot of people have home computers or laptops so a lot of young people will invest in smartphones so they can access basic internet services and social media.

People don’t have running water but they’ll have a BlackBerry with internet services? #priorities 😛

Does Africa have running water? All the African videos I watch has everyone living in huts.

In the rural villages, a lot people do live in huts or tin shacks and don’t have running water. Some also don’t have electricity. If you find yourself in a town or city, it’s like being in suburban America- big houses with pools, fancy cars, running water & electricity.

Sype: I wonder what they call Pizza Hut out there o.O

How do people hook-up without a Tinder?

See – “There Is No First Date When Being A Peace Corps Volunteer”.

Are there lions and cheetahs and rhinos everywhere? Like the Lion King?

Yes, there are tons of these wild animals. No, they don’t go running through the villages. Most of these animals have been contained in areas that we call ‘game reserves’ which are huge areas of land that have been fenced off because animal poaching is such a big problem here, but the animals are still able to roam free in their natural habitats. Even though game reserves do add a level of deterrence from hunting, but poachers are sneaky and still find ways to break in and kill animals. See this recent article about the rhino population…

How do you know what your friends are up to if not everyone has a Facebook?

Facebook has monopolized all communication forms in the present day, but it is not the only way to contact people. Whatsapp is actually the most common communication tools we use as Peace Corps volunteers to communicate with each other, and for communication back home here is, of course still email and the perennial snail mail system. FB may seem so extraneous, but having access to it makes me feel incredibly connected.

Do movies come out at the same time as it does in America?

For the most part, yes. Sometimes it may take a week or two for the new releases to show up on our big screens.

Sype: I wonder if the whole cast of Lion King was there when the movie came out . . .

Do you have to hunt for your food?

Considering I’m a vegetarian, the answer would be NO. I do garden however, so I guess you could say I grow & cut my own food. Which is almost like hunting. Expect the food isn’t running away from me, it’s stuck in the ground.

Sype: What about ‘playful’ hunting? Where you shoot guns filled with love?

Do you know any monkeys?

I actually made friends with some Samango monkeys recently! And by ‘made friends’ I mean, they liked to steal my food and I let them because I wanted their friendship. And I was slightly too scared of them to refuse.

Another #fbf when I saw a #dancing #pikachu moshing at #animelosangeles my first #anime #convention where it wasn't mainly #asian #geek #otakus #sorryasianparents
#fbf to when I saw #bryankearney at #theacademy last Friday, back when I was cool. Or I was never cool, iono
This #piggy from #fantasticdonut is how I feel right now #fatasian
Welp, I guess I started the new year with my first LA warehouse party #sorryasianparents
Went to the LA County Museum of Art today and I saw this piece that made me want to travel the world again. Love it. Sorry for the shitty pic cuz I wasn't too sure if I could take pictures there or not so I tried to sneak it.
The real reason why I came home for #Christmas #lao #asian #food #sorryasianparents 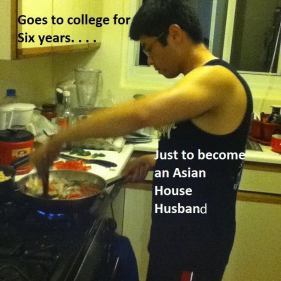 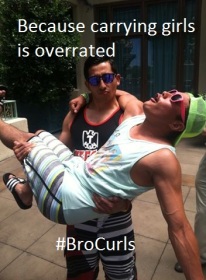 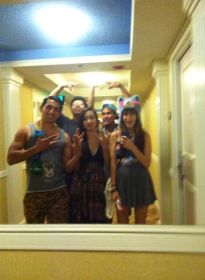